I live in a town of 1200 people in the Northern Sierra Nevada –where it meets the Cascade Range near Mt. Lassen National Park and about two hours drive northwest of Reno, NV.  Two hundred of that population is students. Over the years as the population dwindled after mills closed, then –nothing except tourism and retirement have emerged as ‘industries.’ Many businesses have closed down and with it many things we take for granted—like libraries.

The local junior/senior high school has not been able to purchase new books since the 90s. Some of the “check outs” for old books are in the 1970s-1980s. There are no books by people of color in the library. Hardly any books by women are in the few book cases except your standard Austen and Lee. It’s an uninviting place. There hasn’t been a librarian for nearly a decade. And volunteers weren’t allowed. The last eight years students couldn’t even check out books. 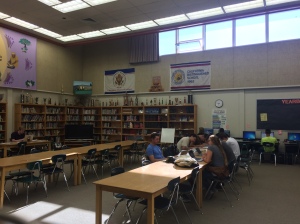 But all that is changing now.

Greenville Junior/Senior High School and Indian Valley Academy, which share the library space have new leadership which are welcoming the idea of revamping the library. Both principals want to see the area’s students supported and reading. Like most of rural America we have no budget for such things as books, film, music , and other media and arts.

I’ve lived here 13 years. I’ve watched kids succumb to despair. Our suicide and alcohol abuse is rampant as it is in many small rural communities. 75% of our county is beautiful national forest. 44% of jobs are government jobs—mostly forest service. There used to be mills but they closed down in the 90s. So much of that other 56% is underemployed and unemployed. It’s a beautiful place to live but it’s also a scary place for the mind to atrophy. We have a median income of under 30K. At the local elementary school 2/3 of students qualify for free lunch. Getting the picture?

What we’re good at:

Because we live in a forest we do have great resources about natural resource management, forestry, conservation. We have a number of environmental organizations that help with a good deal of education and hands on learning experiences related with the great outdoors. We also have organic farms and sustainable ranches. Yay! So there’s the silver lining.

What we’re lacking is pretty much everything else.

We need racially diverse books. We need graphic novels. We need women’s studies. We need science. We need series. We need film. We need comics. We need music. We need biographies of important people. Looking for Young Adult. Classics. We want zines! Contemporary. Poetry. Everything that would make a difference in a young person’s life. Writers send us YOUR BOOK. We have many non-readers who we’d love to turn on to reading. We need a way to take this tiny area and bring it into the 21st century. We have a whole bunch of kids who don’t like to read because all they’ve ever been given is things that are either dull , dated, or dumbed down.

The students who excel are doing so because they have supportive parents at home and access to books and tablets elsewhere. But most students are without.

So here’s what I’m asking. Will you donate a book? A real book. Something literary or fun—something that speaks to your truth, their truths. Something that teaches them something about the world. Makes them feel less alone?

I’m asking for you to send a new book or film or cd to us to help us build a library we can be proud of.

We want things that will make a difference and get kids wanting to read and wanting to create. We want to engage.

We also are getting students onboard to design their new space. Students are actively reimagining and recreating their library space.

So who is with us?

Send us one book.

Margaret Elysia Garcia primarily writes fiction, essays and poetry from a remote corner of the Sierra Nevada. She's currently working on a non-fiction book regarding body positivity through plus-sized alternative modeling .She blogs here and at Throwing Chanclas. And is the co-founder of Pachuca Productions a Latina owned microtheatre in Plumas County, California

Do you need middle grade books also, or just adult, YA, and non-fiction.

We don’t need anything at the moment. Thank you! If you’d like to , please read the updates. They certainly tell a story.

A box of books were sent as of Monday…maybe even last week (they should arrive within days if they haven’t already. From Drinian Press, LLC, an indie press. ~nan

Sierra Nevada! Mountain range! Not the state of Nevada! We are on the California side.

[…] This article on (that ties very well into the previous one!) on what a difference you can make with JUST ONE […]

Reblogged this on Write On and commented:
I think this is an awesome idea!

A great idea and congratulations on reaching the point that you can say “NO MORE.” I am in a similar situation as you were initially (very few books in the library) at a university outside the US (Indonesia) but we have yet to reach the point where a senior administrative deity offers support for staff efforts.

I would advise AGAINST the IKEA Billy bookcases for a library. The price point is attractive, but if the shelf span is wider than a foot, you get major bowing / saggage in just a couple of years when storing actual, ya know, books on it. (I type this while looking at my two sad and bowed Billy bookcases. They’re sitting next to the actual library grade bookcase that I scored at an office auction house, which at 20+ years old is still ramrod straight.) Of course I realize you have an urgent need for the bookcases NOW. Perhaps you could continue with fundraising efforts / Donors Choose / etc and draw up a wishlist of more durable furniture to purchase down the line from School Outfitters or a similar supplier?

We actually have a maker design class providing a new set for the back wall and the ones already there are great. The small ones are for paperbacks and displays (lightweight) . We are Carving out a spot for the junior high kids and the ones we are getting off Amazon seem to do a good job of marking a small line that illustrates where the junior high “lounge” area
Is.

[…] been able to purchase new books since the 90s, so she sent out an SOS asking people to donate “just one book.” In her plea she wrote, “We need racially diverse books. We need graphic novels. We need women’s […]

[…] models and has a blog. Most importantly, she knows how to mobilize the internet. On June 7, 2016, Garcia posted a plea on her blog, where she also talks about family, food, plus-size modeling and shoes. The post wasn’t about […]

Oh, dear. I suppose I got a little carried away with my donations. I love the Gold Country and don’t have any of my own kids to spoil, so I thought I’d share the type of stuff I enjoyed when I was younger (and still do, for that matter). I hope you can make use of all of it.

We just opened your boxes! THANK YOU!

[…] Several authors, including Neil Gaiman, somehow got wind of it and boosted their signal, and they got so many books, they had enough to share with other places.  So, […]

Any updates on this? How is it going?

Pretty good over all. I think the best part has been the huge uptick in students READING. What a concept! I’m hearing anecdotal evidence from teachers about this—as well as students. I’m proud to say that the school has its first African American History Month display in eons. The library room itself is now being used more. We just had a Young Authors’ Night in there where students read their work. I also held off on using some gift certificates and am now putting them to use on new book releases and class sets as the district has hit book budget cuts (again) for classrooms. All in all it ranks up there with the top ten things I’ve done in my life—but this one of course is the one thing I had thousands of people helping me with. Thank you!

I’ve just read this — how is the library doing? How is the school doing?

Just read this — how is the library doing? How is the school doing?

Thank you for posting this article; it made it onto a friend’s Facebook feed just today (June 16, 2017). I was inspired to send you a couple books even though it appears you’ve gotten a good response to your initial post a year ago.

Sometime within the next few weeks (via book rate postage), you’ll receive two hardcover copies of “The Cardturner” by Louis Sachar. I hope they will inspire your students to read. The story is about a high-schooler learning to play bridge — and I hope your students may be inspired by that, too.

Turns out the hardcover edition is out of print. I’m sending three paperbound editions instead. 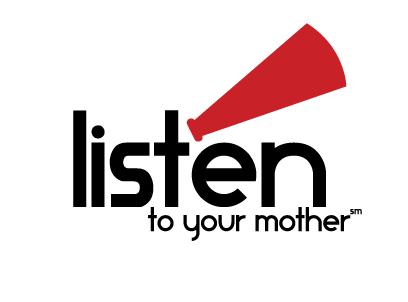