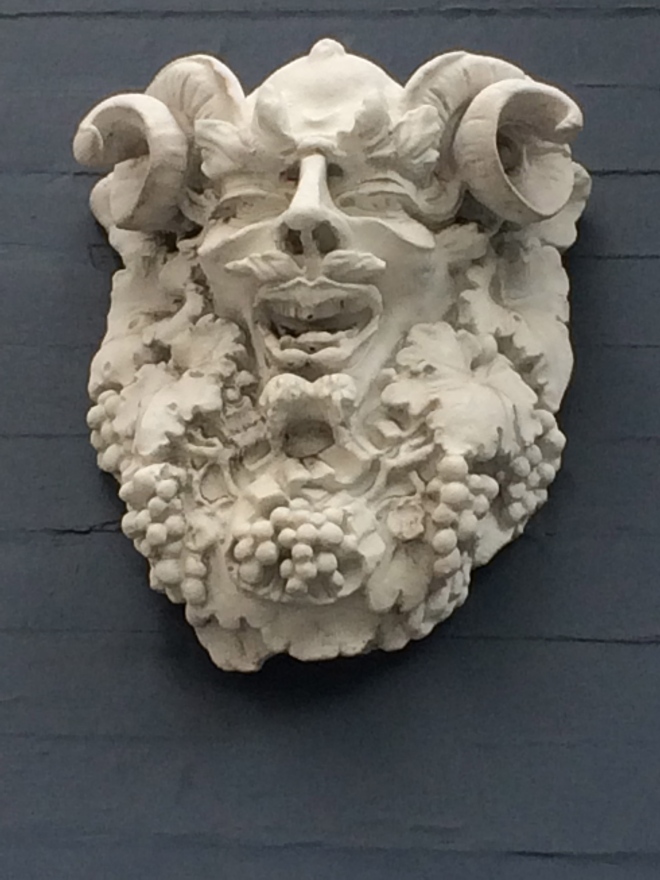 Last week was Burning Man in the Nevada high desert. And though I live in the mountains near by I hate camping out. On top of that I have a hard time doing anything where I have to force myself to be festive. And given that I wear any number of strange retro vintage outfits, I don’t have a problem ‘being me’ in public. So, every year I don’t put out money for a ticket to go play in the desert. Instead I go back to San Francisco–where I lived in my late 20s early 30s. And relish in a couple of days in something that’s nearly completely gone. The old San Francisco.

Of course you can’t go home again, I KNOW. But you can visit. I’m a creature of habit in The City by the Bay. I have no need to try new restaurants and new fangled things. I just want the old. The steady. The constant. That San Francisco that is a whisper now. The one that was almost affordable. The one that rolled in with the fog and made me feel like I had done the right thing to leave Los Angeles for the North–before I knew what living in Northern California really was. 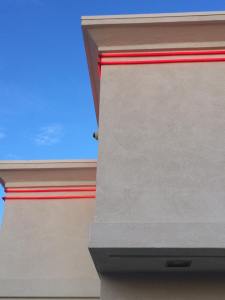 Because we live in Plumas County there isn’t an In n Out for miles around. So thank you, Yuba City for being our road trip food. In n Out is the source for my grilled cheese animal style sandwiches. My beast of a husband still orders 4×4’s protein style as if he’s a teenage athlete with energy to burn.

Burn. Burning Man. There’s just something magical about driving into The City on a Friday night without having to constantly use ones break, to go faster than 20 miles an hour on the 80 West to the Bay Bridge. Thank you, Burning Man enthusiasts for leaving town and making The City manageable.

We get in late. We’re old. We don’t go out on Friday night. We just sit up all night talking over white wine. The husband and I stayed with a good friend of mine who lives in an apartment building that one would think Doris Day might live in the 60s.

In the morning we take off for North Beach on foot.

There’s no way to walk down Macondray Lane to North Beach without thinking of Tales of the City and Amistead Maupin–and a San Francisco which once welcomed idiosyncratic behaviors a little more. 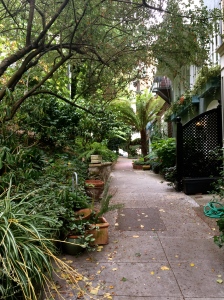 It’s still a magical walk that all at once feels like SF and doesn’t at the same time. 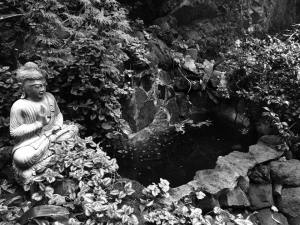 People often want to give me recommendations on where to go for coffee. A new place. A hip place. I appreciate that but my love affair with San Francisco goes way back to before I lived there. I was a college student in Orange County in the 90s. A land of pink cotton sweaters and identical housing. I went on a trip to SF with other students for a march in favor of reproductive rights. We got 10 of us in a Travel Lodge. We went to North Beach where I saw people dressed in berets without irony. Dark colors. Italian and other languages rushing passed me.

I happened on Caffe Greco — a cash only cafe with to die for paninis of fresh mozzarella and tomato sandwiches. Not to mention the cookies and coffees. The two guys running it are always slightly but not obnoxiously flirty and no one makes the fat girl feel bad for ordering AND eating dessert first thing in the morning.

I of course wear the WRONG shoes for walking. Because vanity. So I don’t even Uber. I taxi back up to Russian Hill to meet with a client while my husband goes exploring record stores and antique stores. I meet with a client on the 12th floor of a high rise –and then my girl friend and I Uber Eat in while we watch the sailboats out her window. To have a view of both bridges–that’s something else indeed.

The husband comes back all smiles and purchases –a few old records that he totally did not need but had to have on the cheap. We get ready for the night and come up with like 10 plans knowing full well that if we make it to 3 of them we’ll feel accomplished.

First we head to Mission Comics and Art on Mission Street. There’s an event there that’s a pre party and talk for the San Francisco Zine Fest we’re planning to go to the next day. Mission Comics gave the Library Project a few really cool boxes of books! I wanted to say thank you in person.  THANK YOU MISSION COMICS. I got to shake the owners hand. It was standing room only. We got a comic for the son at home with grandma.

We actually first went to Community Thrift on Valencia because like all San Franciscans , if you get a killer parking space you just kinda have to go with it. We were right there! 4 new vintage skirts in my collection and for cheap. My husband bought books. BOOKS. OMG. Cannot get away from books.

Next we headed to Tonga Room! Because I havent’ been since my 30th birthday and the husband had never been. Mai Tais and Singapore Slings (which I ordered in my best Tom Waits growl voice but it went unappreciated). I remember coming here and the room was almost empty. Now it’s hip again. Even with Burning Man happening. GRRR… But it was fun. Even the house band floating on the pool was cool. I wish however that Disneyland’s Tiki Room theme song wouldn’t play in my head so much. 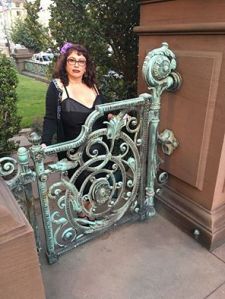 But I did get to wear my new pin up girly black dress so that was fun. It’s kinda a chi chi dress no doubt about that.

And the husband got all artsy in front of Grace Cathedral where we parked.  (Good free parking).

And we totally meant to go dancing after the drinks but forgot to eat. But we found good eats on Union street which had plenty of empty parking spaces (Burning Man). So many in fact that I was looking to see what was wrong with the spaces. We did Japanese.

Tamashi Sushi Bar was yummy. It was my one venture into something entirely new —I think I ate at the ghost of the sushi place that was there before. We didn’t make the dance club as we’re middle aged but we were there in spirit! In the mountains we can kinda get sushi but it seems way too far from the ocean to eat sushi and I get nervous. This was solidly good sushi.

I gave the doorman the key to my car and reflected upon the idea that that’s definitely a mark of…..many things. .. I love the doormen at my friend’s apartment.

In the morning we got ready to head out. I know. Short trip. But first a trip to the old neighborhood. I used to live in the Inner Richmond on 6th Avenue and California.

Again. Easy parking. Bless you, Burning Man enthusiasts!  I took the husband to my favorite brunch spot in my old neighborhood. Because crab cakes benedict is just something that should always happen on a Sunday morning. And of course, a Bloody Mary. 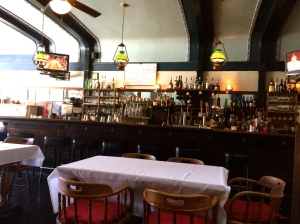 This is the Clement Street Bar and Grill. So happy it is still alive and running.

That’s also the trick to San Francisco. There are many San Franciscos. I chose the old school one–far away from downtown or the wharf. Far away from the hipness that’s taken down so much of The City. I hope I’m back for more before the end of the year. I need more time away.  Is there another festival half the city could go to so I get great parking and service again?